«SINODICS OF THE TULA PROVINCE»

The clergy estate was and is always closed and for this reason we have developed this project. This is a valuable material not only for the church, but also for a cultural history of Russia. Information of our books reconstructs the events of historical truth and have scientific value.

It is the orthodox history of the country for 500 years is presented in illustrations of human destinies and it is also a directory on the history of Tula temples. Sinodics represent a particular historical interest: it is possible to come across personalia information about whom you can find nowhere; information about the beginning of education, elections in the Duma, the relations with old parents, relations with landowners in all levels, the abolition of capital punishment, dissenters and the struggle against them, even agricultural questions, charity, the problems of the health of the nation, police care of the population, wars of the country and the participation of spiritual estate in them, the beginning of girls and women`s education, the afterrevolutionary historical facts in human destinies, the lists of people subjected to repression, memories of clerics and their descendants, the research of regional studies and so on…

We`ve collected data from different sources from archives, eparchy of Tula, libraries, museums of local and family private archives. Now our electronic base contains more than 20 000 peopel of the Tula province since a XVIth century so far; the base is constantly replenished. We are planing to write about all (12) districts of Tula; each district has its own features. 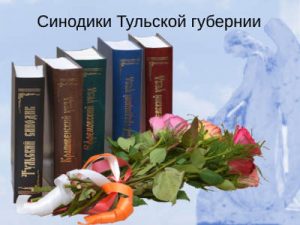 The books are in libraries of:

— The National Library of Russia (St.-Petersburg);

— The Library of Congress (Washington);

(on the basis of the information of our books)

It is a unique work and help as the information about the clergy, helps to restore family trees of descendants. You can find in some churches or at a genealogical exhibition of Tula. 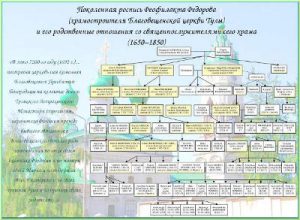 As for the origin of Sinodics,

they appeared in Greece. In Russia Sinodics were changed, adapted to the reality of Russian life. In the XVIIth and XVIIIth centuries Sinodics have already become the book in which there were stories with illustrations. The structure of such literary collections joined liturgical, apocryphal, historical, hagiographical texts of different genres and styles. 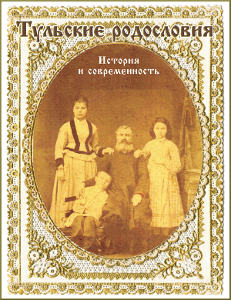 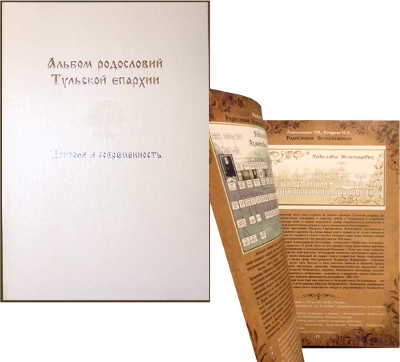